On a weekend food shop at Lidl in Calpe, Spain, there were a number of things on our shopping list that were to sustain us over the couple of days we were there - crisps, milk, bread, ingredients to be placed in amongst the bread - but the search was put on a prolonged hold as soon as I entered the beer aisle. 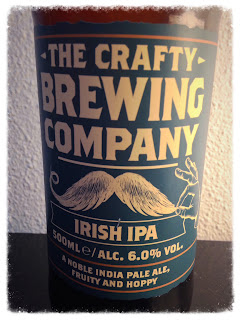 Highly prominent among the impressive selection was a range of beers from this Irish brewery, leading me to wonder whether Calpe had a particularly high concentration of Irish expats, but it emerged that the Crafty Brewing Company (AKA Rye River Brewing Co) brew exclusively for Lidl as part of Lidl's craft beer range, the hipsterèsque moustache on the label seemingly hinting at the beer's crafty nature.

This beaut poured a hazy golden amber topped with a lovely puffy white foam, and I knew straight away things were off to a good start. 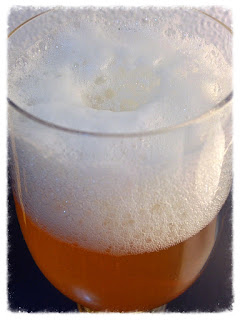 Sticking my nose in for a whiff I was greeted by a potent mix of tropical fruits, sweet pine and a slightly herbal quality that all in all makes for a uniquely inviting character that would've had my moustache twitching for more if I had one.

I wasted no time in diving in for a gulp and out of nowhere this crafty bugger pummelled my mouth with enormous bitter hop flavours, along with a few handfuls of peaches, apricots and mandarin segments. 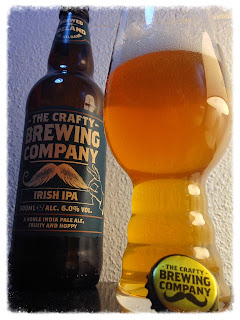 Thick and juicy with a dry finish, this fruity blend's flavours linger on for you to enjoy long after you've sipped, along with a lil kick from the 6% ABV.

Having wondered what qualities an Irish IPA might yield it's clear that this one has opted for the BIG New World character we've all come to love about the style, although taking its hops from Down Under rather than across the pond has brought about an interesting, complex flavour with a difference, and that's to be sure to be sure.