It was tough work picking out a brew from such a tempting selection of Belgian beers that I hauled back from my recent trip to Belgium, but after 20 minutes of gawping indecisively at various bottles and studying the labels one by one, I finally opted to explore my inner monk with this exciting number. 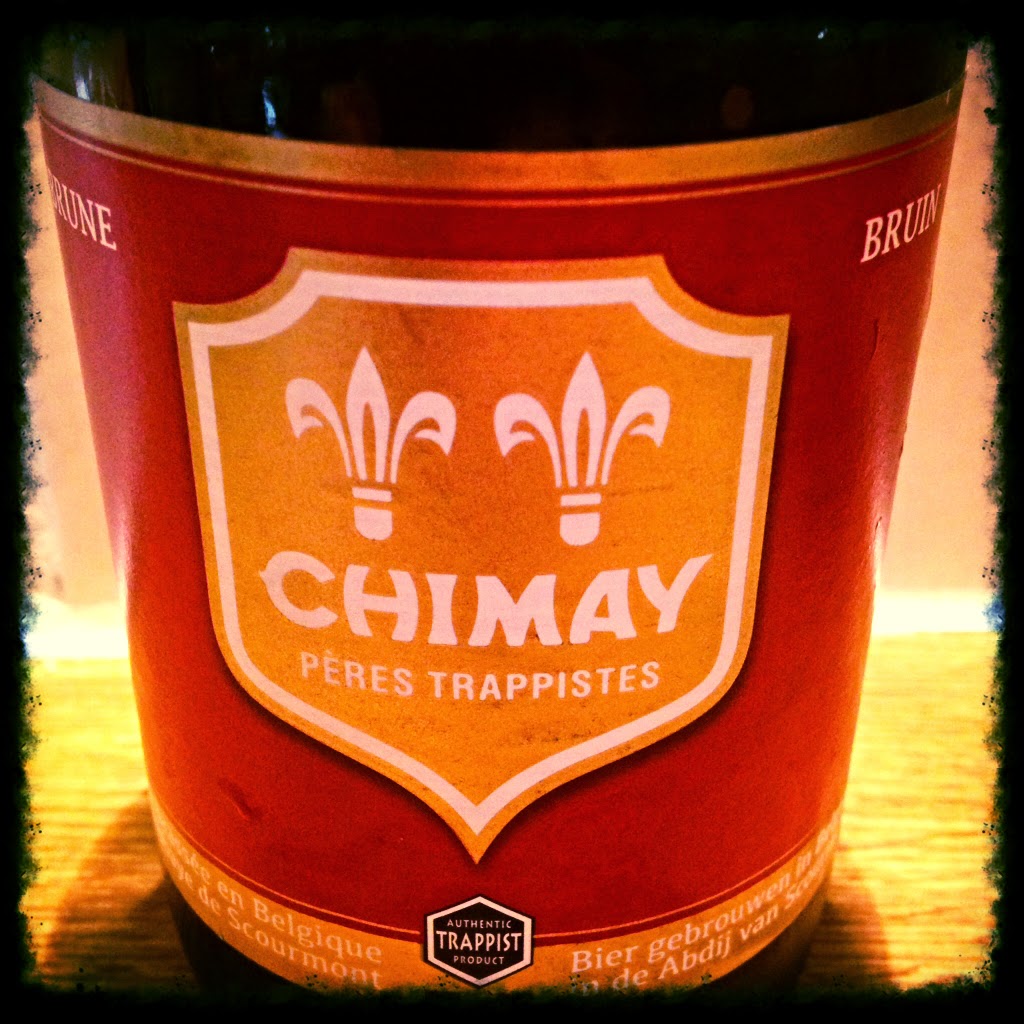 Chimay Brune as it's called on the bottle (but Chimay Rouge seemingly everywhere else) is a 7% strong Belgian Trappist double from Chimay Brewery in the Hainaut province of Belgium. The brewery itself is located at the Scourmont Abbey where the beer is brewed by monks according to strict Trappist criteria, making it one of only 10 authentic Trappist breweries in the world. These pious souls spend their days happily brewing away, selling beer not for profit but to just about cover their own living expenses, giving the rest away to charity. I'll be honest that I had no idea about this when I shoved this one into my shopping basket, but the moment I discovered that the bottle I held before me was a product of this now rare tradition, my excitement became a lot more uncontainable. I also briefly considered becoming a monk. 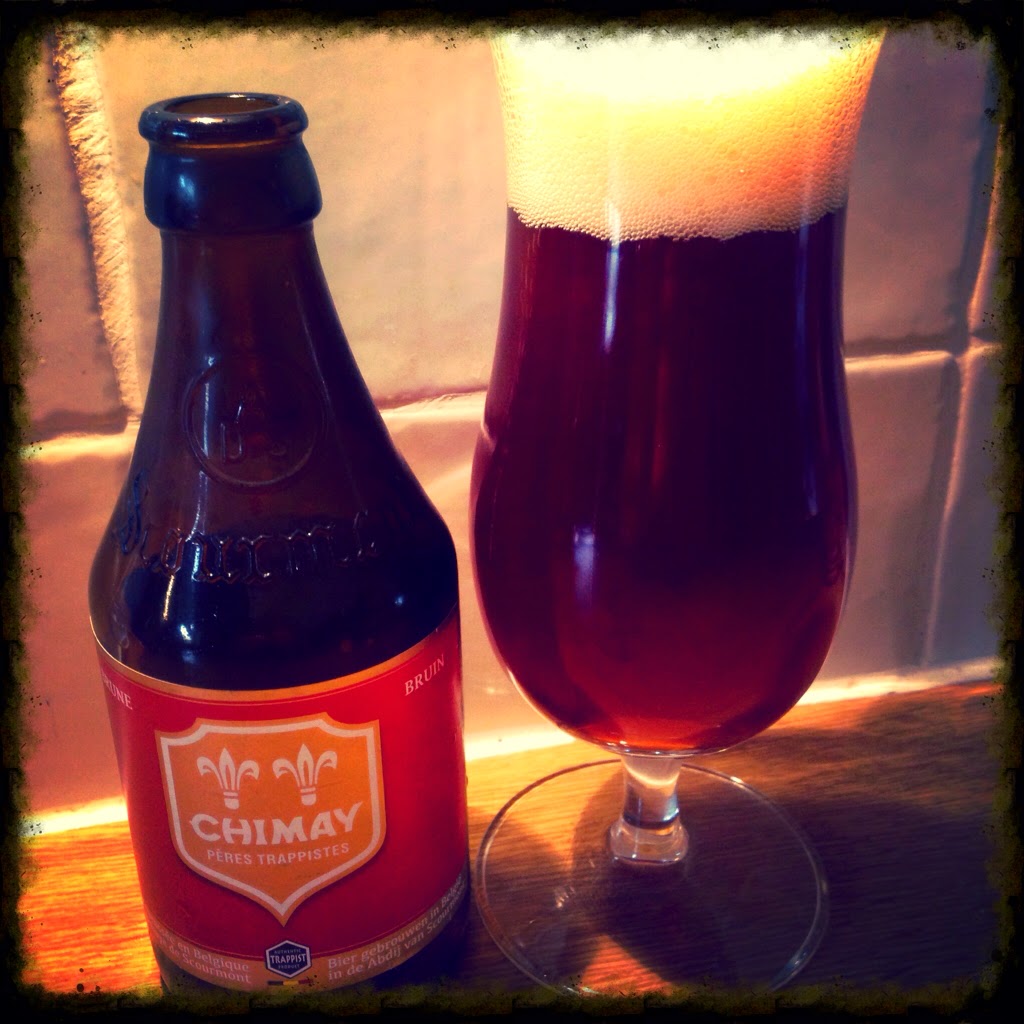 Chimay Brune comes in a charming little 33ml bottle with “Abbaye de Scourmont” embossed on it. The label is quite simple, showing a golden shield with the Chimay logo sitting under two fleurs-de-lis. It pours a stunning ruby-copper colour almost matching the label and is topped off with a decent sized, creamy off-white head. Of course, with an appreciation for the real deal the monks don't bother themselves with pasteurisation, conditioning the beer naturally in the bottle. As far as appearances go, it’s nothing short of drool-inducingly gorgeous. 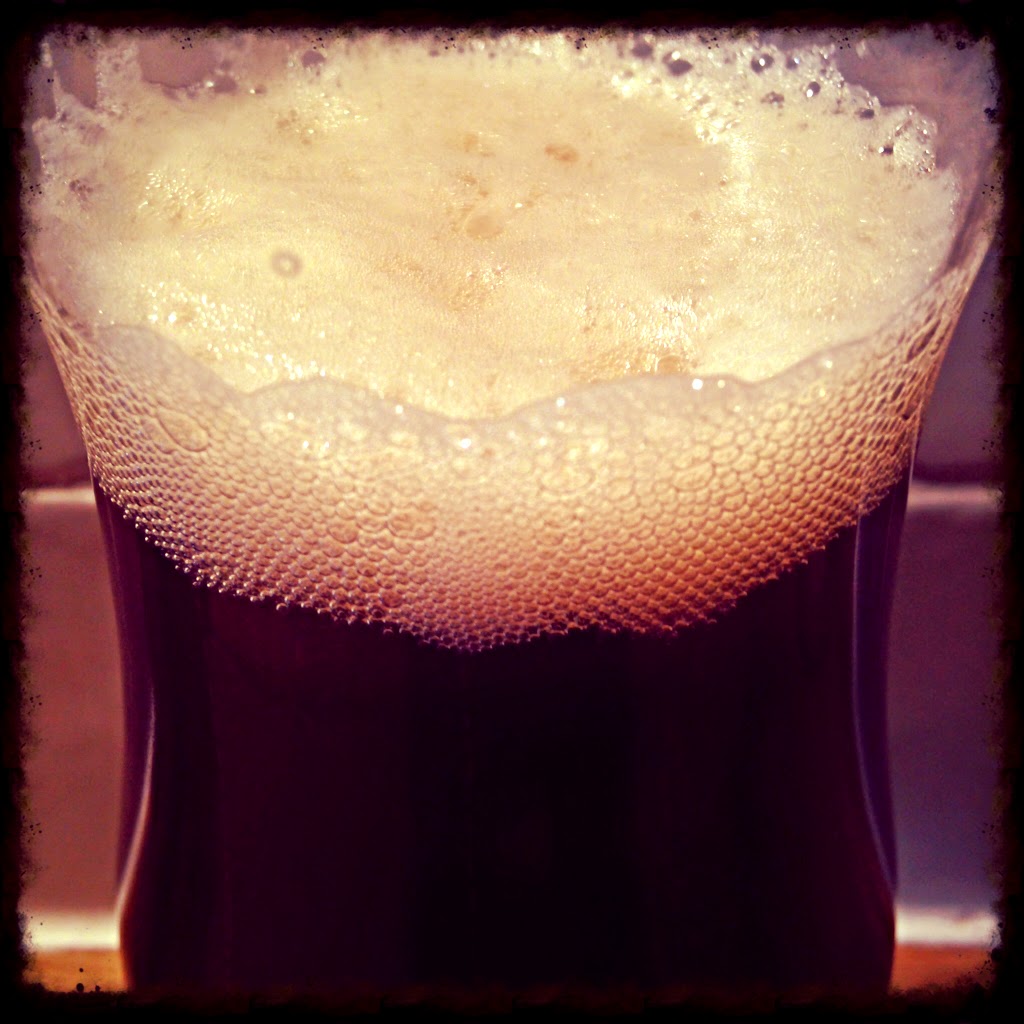 The aroma is slight but immediately distinctive, with sweet, wheaty, fruity, apricot aromas coming out, fairly unique from other Belgian beers and worlds apart from any British beers.

The flavour carries on in a similar vein with sweet and wheaty flavours along with some dried apricots. The addition of earthy and peppery hops cuts through a sweet and malty undercurrent, and carries much more of a punch than expected. The flavours are swirled around by the lively carbonation before settling down to leave you with a gentle, fruity aftertaste that gradually fades with a warming finish. Chimay rushes in there, sweeps you off your feet and then elegantly puts you down again like some kind of holy beery revelation.

For a brew conceived by some modest Trappist monks, Chimay Brune has so much going on not just in the flavour but in the mouthfeel and texture as well. It has a gentle aroma, a flavour that erupts in your mouth before calming down again, and is every bit as sexy to look at as the Notre-Dame de Scourmont herself.

Posted by BeerThereDrunkThat at 18:29 No comments: