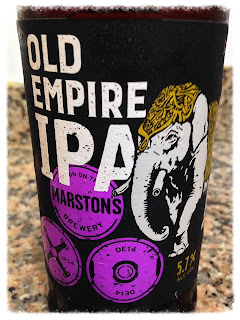 After a spree of brews this year that have been either Californian or Spanish, I felt it was about time I reconnected with my beery roots - and it doesn't get much more traditional than an English IPA brewed in Burton-Upon-Trent, where once a quarter of all British beer was produced and the local water is known to enhance the flavour of the hops. 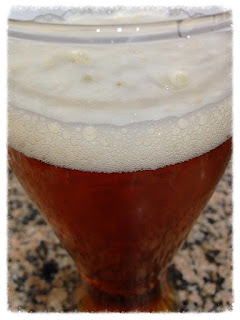 Wanting to see the full 500ml in the glass with its magnificent creamy head (and being without a pint glass, believe it or not) I went for a weizen glass that showed off every inch of the the golden amber liquid bubbling away inside.

Anything with the letters IPA on it nowadays brings the expectation of being smacked round the nose by a hop overload that may or may not make your eyes water, but this traditional style IPA goes back to its 19th-century origins, producing the delicate but distinctive, earthy, herbal and sweet floral aromas created by Fuggles and Goldings hops - though Marston's have added a touch of American Cascade for an extra citrus freshness and, I suspect, a nod to the 21st century.

One swig of this beauty brings a rush of fruity woodland berries, spicy pepper and a touch of grapefruit bitterness, balanced perfectly with bready, toasted biscuit malts and the slightest hint of treacle.

Thick and smooth with a crisp, dry finish, I enjoyed this brew at room temperature to make the most of its rich and full-bodied character, along with the gorgeous warming sensation from the 5.7% ABV. 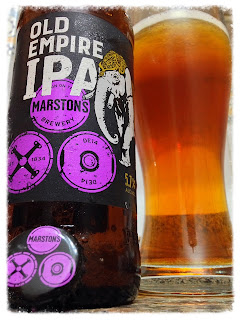 A rebrand in 2016 saw the label (along with the rest of Marston's range) undergo a transformation from a much more understated design to the more contemporary look we see here, in a bid to attract younger drinkers in the face of new drinking trends. While it can't be denied that its appearance has been rejuvenated, I do wonder whether this will lead to misunderstandings about the nature of the IPA in the bottle, which the craft-drinking youth of today might not be so well-versed in.

After spending a long time being swept up by the lairier New World IPA's that have come to dominate the style, this was a delicious reminder that there's a whole other side to the IPA family that deserves to be visited every now and again. And again, and again, and again...

Where to buy
£1.65 from Morrisons
Posted by BeerThereDrunkThat at 15:16 No comments: 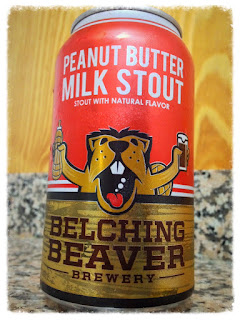 With all the light beers I've been on recently it was time for a change, and to call this brew something a bit different would be a whopping understatement.

It poured totally jet black with a substantial dark brown head that fizzled down by the time I could snap it, so awe-struck was I by the beauty of it. 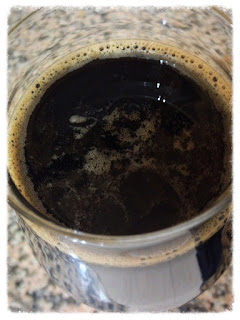 The aroma was unlike anything I've known before from a beer. Rich chocolate and nutty aromas are belched out of the can in abundance with no room for ambiguity: chocolate fudge cake, brownie and peanut butter cups may as well be the indulgences lying at the bottom of your glass. 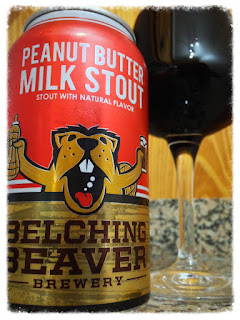 The flavour is everything the aromas promise to deliver: full-bodied, rich and packed with sweet, smooth, creamy chocolate and dark roasted peanuts which linger on for you to enjoy after every swig.

While it's not your typical stout (not that it aims to be), it's no less drinkable for its novel ingredients and character. In fact, despite its unabashedly in-your-face flavours, it's skilfully rounded and very easy-drinking. It must be, having won seven awards in the last four years.

Thick and sweet, this is an indulgent dessert of a beer that will please those with a sweet tooth, fans of beavers, fans of dark beers, and fans of beer. It can easily be summed up in two words: dam good.

Posted by BeerThereDrunkThat at 22:55 No comments: