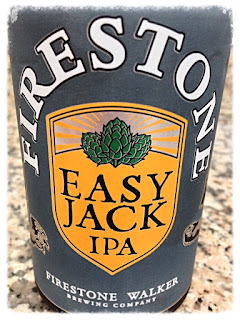 We've braved our way through the darkest months of winter and springtime is lurking somewhere around the corner, and yet I've hardly left so much as a dent in my batch of brews that was kindly topped up for me by Father Beermas himself. The festive binge came to an end quite some time ago, so it's about time I began to sample my beery offerings at a more reflective pace, starting with one from this Californian brewery.

My first cannie in a while, I happily popped the tab and filled my IPA glass with its hazy pale golden straw-colour liquid, just a tiny patch of sparkling head gathering to fizzle down to leave a clear fizz-free surface. 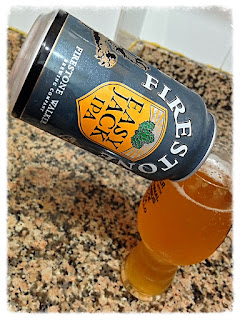 A juicy combination of sweet resinous pine flavours and peaches, nectarines and apricots as well as some zesty mandarin segments from the diverse range of German, New Zealand and American hops wafted up in a mouthwateringly enticing, fruity aroma. 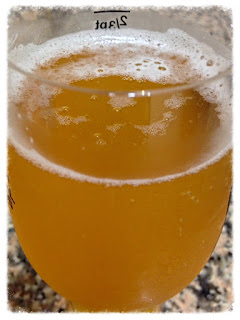 Once I had my chops around it, a powerful hit of tropical flavours came rushing through with a stronger hit of the more citrusy hops, this time accompanied by a toasted malt backing that brought in some balance, all culminating in a dry finish.


While a tad heavy on the carbonation and a smidgen light on depth it's certainly a highly quenching session beer that'll go down a treat in the summer months, and being such a crisp and refreshing brew, Easy Jack is easy to knock back.